“As a principle objective, we must attempt to minimize the burden of documentation, the burden neither we nor our predecessors have been able to bear successfully”

“My first proposal is that each software organization must determine and proclaim that great designers* are as important to its success as great managers are, and that they can be expected to be similarly nurtured and rewarded”
* Understand designers as software engineers

“There is no single development, in either technology or management technique, which by itself promises even one order of magnitude improvement within a decade in productivity, in reliability, in simplicity”

“Adding manpower to a late software project, makes it later.”

“For the human makers of things, the incompletenesses and inconsistencies of our ideas become clear only during implementation.”

“The brain alone is intricate beyond mapping, powerful beyond imitation, rich in diversity, self-protecting, and self-renewing. The secret is that it is grown, not built. So it must be with our software systems.”

“testing is usually the most mis-scheduled part of programming.” 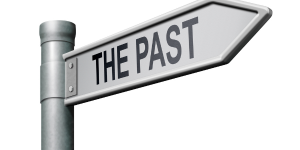 An echo from the past

All these quotes were written 50 years ago, in the excellent book: The Mythical Man Month.

Sometimes I think: “Waouh, we know this since more than 50 years, and we still have to fight for these practices in the companies I work for? Are we developer stupid people who don’t learn from the past? Don’t we try to improve our industry? Or maybe it’s just a French problem?”

Unexpectedly, the answer comes from a discussion with my grandmother.

A few weeks ago, I talked with her for the first time about world war two. How it was, where she lived, what she saw.
Even if I know the History, I was choked when she explained me how Jewish people were parked in hotels, and how Nazis come to take them with violence, in places I know very well.
She was 13 at that time, she told me how a soldier put a machine-gun on her chest, yelling at her in German, even though she didn’t talk German at all. The soldier believed my grandmother was a Jewish kid trying to run away from the Jewish hotel. Fortunately my great grandfather arrived just in time and was able to save her. She told me many other frightening things.

I realized that, if my grandmother was more nervous, or if this soldier was less calm, or if my great grandfather was longer to find his daughter, I may not be here to write this post. I am lucky, but how many people did not have this chance? How many lives were broken because of racism and hate? 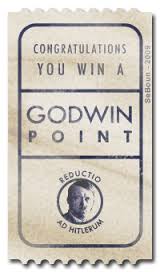 Back from the Godwin point

My point is: developers are not stupid, but developers are people. And most people don’t read, or even wish to learn. Most people unconsciously look for confirmation biases (including myself), about how things should work.

The less we have knowledge, the more we think we know. We can solve it by staying open and learning more, until we accept we know nothing.

Most people believe that the past is the past, and that today is totally different. Most people don’t talk about world war two with their grandparents.

This is why nationalist parties have more and more influences in Europe.
This is why U.K. leaves the U.E. despite the fact that U.E. was the best invention against hate, racism and war since many centuries.
This is why the most powerful country in the world can vote for a racist billionaire to make America “great again”.

This is why I have to explain the things we know since 50 years in our industry in every company I work for (but in perspective, it does not really matter after all).

The good news is that it is easy to be “a good software engineer”: read, learn, go out of your comfort zone and always challenge yourself. Avoid people and methods who pretend to solve everything.

And to start learning about the History of software development, I highly recommend  The Mythical Man Month.