I’m a big fan of James Coplien.
I appreciate his controversial point of view about Unit Testing, even if I don’t agree with him. Recently he tweeted about this article explaining why integration tests are much better than unit tests.
Let’s explore it together. 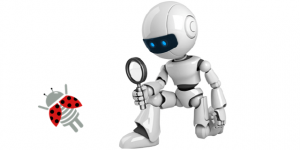 “You write code and then run the unit tests, only to have them fail. Upon closer inspechttps://www.ouarzy.com/wp-content/uploads/2017/05/sans-titre.pngtion, you realize that you added a collaborator to the production code but forgot to configure a mock object for it in the unit tests.”

In other words he points out that after a refactoring, some tests will fail despite there is no behaviour modification.
But it really depends on how you write your unit tests. When practicing TDD, I’m testing a logical behaviour. Several classes can emerge, I don’t necessarily have one test class for one production class. And when coupled with DDD practices, I can write unit tests without mocking anything, because I test business logic. Also when I strive for applying SRP, I have a few functions per interfaces, meaning one test won’t fail just because I change some interfaces in another place.
That being said, I agree that some refactoring might change some contracts, which requires to change both the production and the test code. My point is: if it is complicated, it is not because of the unit tests. 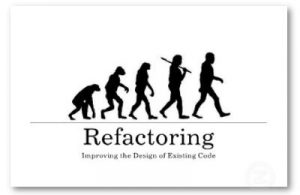 “While I was enslaved by unit tests, I couldn’t help but notice that the system tests treated me with more respect. They didn’t care about implementation details. As behavior remained intact. they didn’t complain.”
(System tests for the author are almost end to end and include database)

Again, I agree, if it’s a technical refactoring, the tests that use only production code without mocking may be less brittle.
But I also notice that, when a system test goes red after an actual regression, it takes me a while to find out what the actual problem is. Also, when I had some bugs in production, it is harder to reproduce it in my system tests. It encourages me to fix the code without changing the system tests.
And finally, when there is a business change, it hurts much more to change my system tests. I need a few hours just to write the test managing the new behaviour. I have to initialize half of the application just to check 2 lines of code. 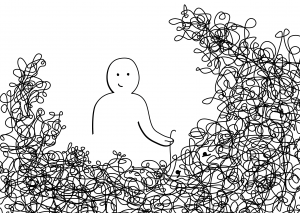 Pyramid tests is a myth!

“If you’re like me, you were trained to believe in and embrace the testing pyramid.”…”But my experience revealed a different picture altogether. I found that not only were unit tests extremely brittle due to their coupling to volatile implementation details, but they also formed the wider base of the regression pyramid. In other words, they were a pain to maintain, and developers were encouraged to write as many of them as possible.” 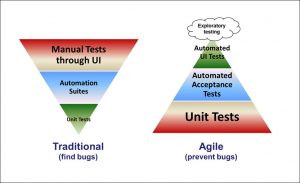 It’s all about Fast Feedback

So I tried, and it doesn’t work for me because of long feedback (more than a few minutes).
Feedback time is everything when you run your tests hundreds of times per day, on your local machine. And running your tests hundreds of times per day is really important to practice TDD.
Running the tests has to be easy and fast, or it becomes a pain. And when it’s painful, we loose discipline. We start checking Twitter while the tests are running, and that’s the start of the end of our productivity. 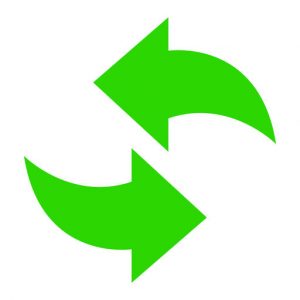 Maybe there are contexts where systems tests have a better ROI than unit tests. But in my context of backend complex application, with lots of business requirements changing every day, it is not the case.
And I’m not speaking theoretically here. I was involved in 6 projects since I started my career. One has no tests at all, two used inverse pyramid, and three used the classic Mike Kohn Pyramid.
No need to talk about the failure of the project without tests.
The two who used the inverse pyramid have commons characteristics: it was really painful to maintain after a few months, and we need one or two developers almost full-time to keep the system tests working. Not mentioning the time we loose to run the tests before pushing our code, meaning that we often pushed without testing and break the build.

The projects I enjoyed the most as a developer, and my customer as well I believe, was when we have a solid unit testing strategy following the classical Mike Kohn Pyramid. We were able to run thousands of unit tests in a few seconds, and keep a few integration tests running only on the server.

To get results in the long run, don’t give up unit tests, at least if you are working in the same context than me.