If you want lots of reaction when you tweet, a sure recipe is to talk about Object Oriented Programming (OOP) vs Functional Programming (FP).

Let’s throw the cat among the pigeons, with another blog post on the Internet giving personal perspective on OOP vs FP. I’m far from being a functional expert. I code professionally mainly in C#, and sometimes in F#. I only play with Haskell and Idris in coding dojo. I’m not trying to convince anyone about anything. I just would like to share my thoughts about these two important paradigms.

And the first step would be to agree on what’s OOP and what’s FP. 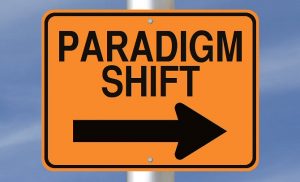 To really grasp the philosophy, I highly encourage you to follow Alan Kay’s work. Of course, he’s not the only one behind this paradigm, but I find his explanations really clear. This keynote is a good start. In a nutshell, Alan has (beyond other knowledge) a PHD in biology. The way complex organisms are working is basically what inspired the OOP paradigm. In other words: collaboration through specialize components to achieve a complex task. Each component can be independent and don’t need to be aware of the full system. They just collaborate, receiving some messages when something was required from them, and sending messages when they have done something meaningful for the system. How these components communicate, and how the orchestration between them is managed is not imposed by the paradigm. And different languages have used different implementation. But this notion of independent component collaboration is the core concept of OOP. Not really what we see when we type OOP in duckduckgo… 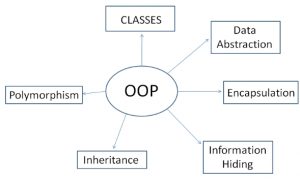 Instead of looking for inspiration in the biological field, Functional Programming is rooted in mathematics. I’ll quote Philip Wadler to give a better definition:
“A program in a pure functional language is written as a set of equations. Explicit data ﬂow ensures that the value of an expression depends only on its free variables. Hence substitution of equals for equals is always valid, making such programs especially easy to reason about. […] Explicit data ﬂow also ensures that the order of computation is irrelevant, making [functional] programs susceptible to lazy evaluation.”
What does he means? If I write X = A+B, or Y = C * D I don’t care about the values of A and B, or C and D. That’s a mathematical equation, it represents the concept of all the valid values for an addition of type A and B, or a multiplication of type C and D. Hence I can compose X with Y, and do substitution:
X>>Y = (A + B) >>  Y = X >>( C * D) = (A + B) >>( C * D)
(>> is the composition operator in F#)
If any of these values have the possibility to change (mutate) outside of my scope, all this reasoning is no longer true. Even worse if not only the values, but also the types can change. That’s why we say that in FP, we can write code only thinking locally. I know that my “equations” (or pure functions) are always true, no need to think about the rest of the world to ensure that.
Please note that this willing of “local thinking” can also be find in the “independent components” from OOP. But contrary to OOP, FP explains how it can be achieved, thanks to mathematics. 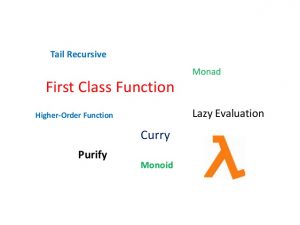 Which one is the best?

Finally, the answer the whole industry was looking for since many years. Here it is: none of them, because this is not the good question. The question should be: which one is the best in my context? And now we can start to talk. I think the answer is easier that what many believe.
The more constraints you have, the harder it is to write code that woks, the easier it is to maintain the code in the long term. What are code constraints? We have many of them depending on the language: syntax, immutability, no side effects, unit tests, types and dependent types for example. Is it better to write code faster or to have long term maintainable code? In a start-up context, I probably need to produce code quickly, until I find the good product. In a critical context where lives are involved, I probably want something robust, even if I need 1 year to write it. And of course, there are all the scales from “quick and dirty” to “mathematically robust” that might be your context. 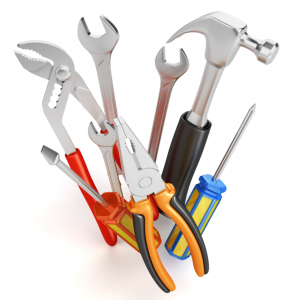 Functional Programming is by nature more constrained than Object Oriented Programming. Because it forbids mutability and side effects. When the language also uses types, it leads to powerful concept like Type Driven Development where we can, by design, remove the invalid states from our system, to make it more robust at runtime. And when the language also uses dependent types, we can even encode business rules into the types, to avoid compilation if a business rule is not met. As a drawback, it is harder to write. But when you achieve to write it, you can trust the famous quote “if it compiles, it works”. Maintaining this code is usually easier than a huge OO codebase, because thanks to pure functions we can use local reasoning to maintain the system. Please note the “usually” in my previous sentence. A “good” OO codebase can in theory have this property of local thinking, but the fact that side effects and global impact are not forbidden by design makes it almost impossible to scale (at least in my experience).