Any idea who are William M. Cannon and Dallas K. Perry? Neither do I until a few months ago, and that’s a shame because they have a part of responsibility in the image of software developers. They have discovered that we don’t like people. 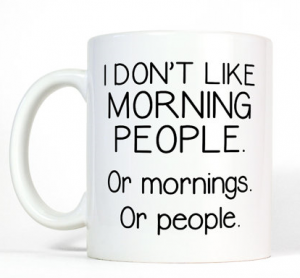 How do you hire for a new job?

Recruiters are still pretty bad to hire developers. Mainly because they don’t understand the job we do, despite the fact that software is everywhere in our lives. But imagine when software were not mainstream, they have to hire thousands of developers with absolutely no clue of what a developer is.

Still, big IT companies in the 50’s and 60’s have to find them, so they commissioned two psychologists (William M. Cannon and Dallas K. Perry) to look for the profile of programmers.

I bought the paper they wrote in 1966. It is interesting to note they were looking for happy programmers, more than good programmers. Indeed they use the Strong Vocational Interest Blank (basically: a MCQ to find your interest in different areas) to profile 1378 computer programmers. Then they build a scale to predict how happy someone could be as a developer.

“Long ago, E. K. Strong, Jr. advanced the notion that individuals interested in the same activities and things, whether these were directly job-related or not, tend to find satisfaction in the same type of employment.”

“[…]it was anticipated that a new scale for measuring the interests of computer programmers might be developed. Such a scale would be especially valuable in counselling, guidance, and recruiting as a way of identifying appropriately qualified persons so that someone could say to them something like, “Hey, you there! Your future is in computer programming!”

“The interests of computer programmers were found to be most like those of optometrists, chemists, engineers, production managers, math- science teachers, public administrators, and senior certified public accountants.

“Responses of programmers to individual SVIB items, when compared with responses of other business and professional men, showed three things. First, they indicate that computer programmers are crazy about finding the answers to problems and solving all sorts of puzzles, including all forms of mathematical and mechanical activities. Second, they don’t like people — they dislike activities involving close personal interaction; they generally are more interested in things than in people. And third, they show a liking for research activities and a tendency to prefer varied and even risky activities, while at the same time avoiding routine and regimentation.”

“Although these scales can predict satisfaction in the field, they cannot tell us how good a programmer an individual is likely to be.” 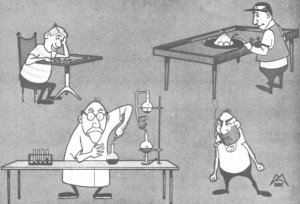 I’m not a psychologist, but still believe this analysis have some serious errors.

I can’t understand where the conclusion that we don’t like people comes from. Worse, I imagine some candidates who might be rejected because they do like people!

This assumption hurts our industry a lot. The most challenging part of big software project is people management and communication. This is exactly what agile methods and practices like TDD, BDD, DDD and pair/mob programing are trying to fix since decades.

Assuming that we developers should not like people is a huge mistake, and denies the fact that good software is mainly a good team work. Maybe lots of happy programmers don’t like people, but there is no need to “like activities involving close personal interaction” to be a good co-worker. Trust, respect and honesty are usually enough.

Good programmers are good co-workers before all.

A shared responsibility: the media

Responsibilities are most often shared, no need to look for a single culprit. Media also take a part in the image of software developers. In every movie with a geek I remember from the 90’s, the geek was a stereotype of the introvert puny guy with googles.
Interestingly enough, our image has kind of evolves. There are more and more movies/series where we are the heroes. But there are still lots of efforts to do to improve diversity in our representation.

A shared responsibility: us

This image has become natural for us too, and we might look for it when trying to hire a good engineer. Aren’t we skeptical when speaking with a good looking person in a suit for example? I guess we hire ourselves for a while, and are still assuming that the little guy with googles is probably a better programmer than this attractive girl.

So let’s take our responsibilities and fight our own biases, especially when hiring software developers.

Thanks Sylvain Chabert for sending me this article, it inspired this post.

PS: I don’t really know where to put it, but I really like Reinstedt’s discussion of the paper. Thus here it is (or at least a part of it)

“I’m reminded a little bit, since I did research on the Strong Vocational Interest Blank a couple of years ago as part of the Com9uter Personnel Research Group, of the supposedly true story that I heard in some work that I was taking in psychology.
The story is that in New York many years ago, during prohibition days, several psychologists from different disciplines of psychology–social psychology, religious psychology, social welfare workers, etc.–did work to find out why the people were on skid row, how they got there. The social welfare workers found they got there because they came from underprivileged, socio-economic homes; the religious counsellors found they got there because they had lost God along the way; and the other psychologists found different reasons why they got there. Prohibitionists said they got there because they turned to John Barleycorn. So it strikes me as a little more than interesting that certain results that I thought I would get, I got; and results which are contrary to these which Dallas and Bill thought they’d get, they got.”