Working mainly on .NET legacy project since a few years, I often meet the same kind of problems. One of them is a bad usage of Inversion Of Control (IOC) Containers, or Service Locator to magically access everything everywhere in the code. Just like a giant singleton.

I think these tools are not well understood. They are used as part of frameworks, or as a “good practice” without understanding the reason of their exsitence.

So let’s back to basics.

What is Inversion Of Control? (IOC)

It is when Something control your code, instead of your code controling Something.

For example, when we need a library, we call it to delegate some work (like reading a mp3 file). Hence we control it.
When we use a framework, it calls us to manage some events (like user clicks on a button).  Hence there is an inversion of control. 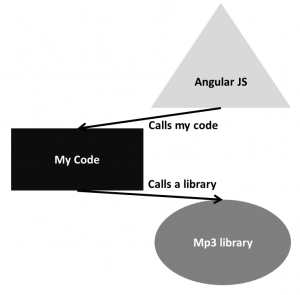 What is Dependency Injection?

For example, we often need to save something using a repository. The class has a dependency on a repository. We could directly instantiate the repository in our class. As a result, we won’t be able to write unit test on this class, because it will require a database connection, no matter what is the context.
Instead, we could inject the repository, to decide depending on our context if we want to inject a test repository or a runtime repository. 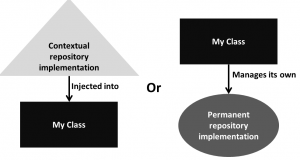 Why to inject dependencies into a class?

In OOP, computer programs are designed by making them out of objects that interact with one another.
Dependency Injection allows to change the injected class implementation, hence the behavior, depending of the execution contexts (at least test or production). It creates relationships from high-level modules to low-level modules. It is an efficient way to apply the D from SOLID: Dependency Inversion Principle.

It allows to think about a given object in isolation (by isolating its behavior), and is really convenient for unit testing. Using our own class through tests is just dogfooding, and encourages us to write simpler classes with fewer responsibilities. 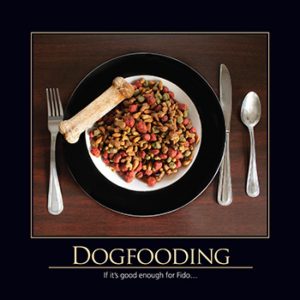 How can we inject behaviour into a class?

There are three well known possibilities:

Setter injection
A setter with the required dependency in the (public) contract of the class.

Service locator
A class (the locator) is called to retrieve a service for us.

What is an IOC container?

Inversion Of Control Container is an unfortunate name for components managing Dependency Injection, in frameworks or libraries. 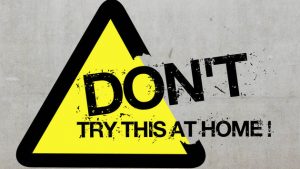 How not to use it

Here is a list of usage hurting maintenance and readability I saw in different projects.

– Usage of both Dependency Injection by constructor and service Locator.
Choosing one of the three Dependency Injection methods (constructor, setter or service locator) is up to your style of code, but mixing several of them makes it hard to think about the code. Be consistent around the project, the 3 methods achieve the same goal, there is no interest in mixing them.
The lack of consistency hurts the usability of the design.
As a direct painful example, the configuration for unit testing is harder, because some dependencies have to be mocked in the IOC container, some others in the service locator.

– Usage of a static singleton of service locator.
Singleton is probably the most used pattern, unfortunately it is not always wise. It is especially hard to write independent unit tests in this case, because all the dependencies are registered in the same instance of locator. 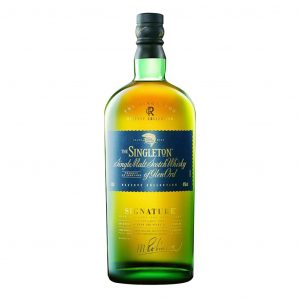 Why to avoid Service Locator 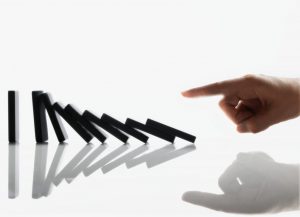 Why to avoid Setter Injection

The main problem with setter injection is that the class is generally not in a valid state just after the creation. I hate when I can create a class, but it raises an exception when I try to call a function because I didn’t initialize the good values. I prefer to have explicit constructor, creating classes in a valid state, or not created it at all. I believe the role of the constructor is to ensure that the new object is in a valid state. 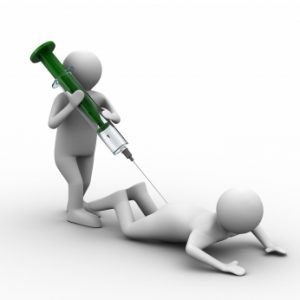 I prefer to use IOC container only to instantiate the first classes for the system to start. From this point, I create manually other classes, and explicit all the dependencies in every constructor. Some would argue it is too verbose, but I see it as a guide.
When the constructor is too big, it’s a code smell encouraging me to think again about my design. Lots of dependencies implies lots of responsibilities.

And we know how to deal when a class has too much responsibility, don’t we?

To learn more on this topic, read the excellent work from Mark Seeman and Martin Fowler.